All modern information infrastructure tends to be an amalgam of stuff you built, other people’s stuff you know you use, and hidden stuff that you are unwittingly dependent on ( yours or someone else’s).

This blog entry is about part of that middle ground – on-premise services that you pay for and are integral to your operation but are in fact built and managed by a third party with whom you have a contractual relationship.

It’s based on my actual experience of late.

The vendor’s infrastructure and yours may effectively be one thing. 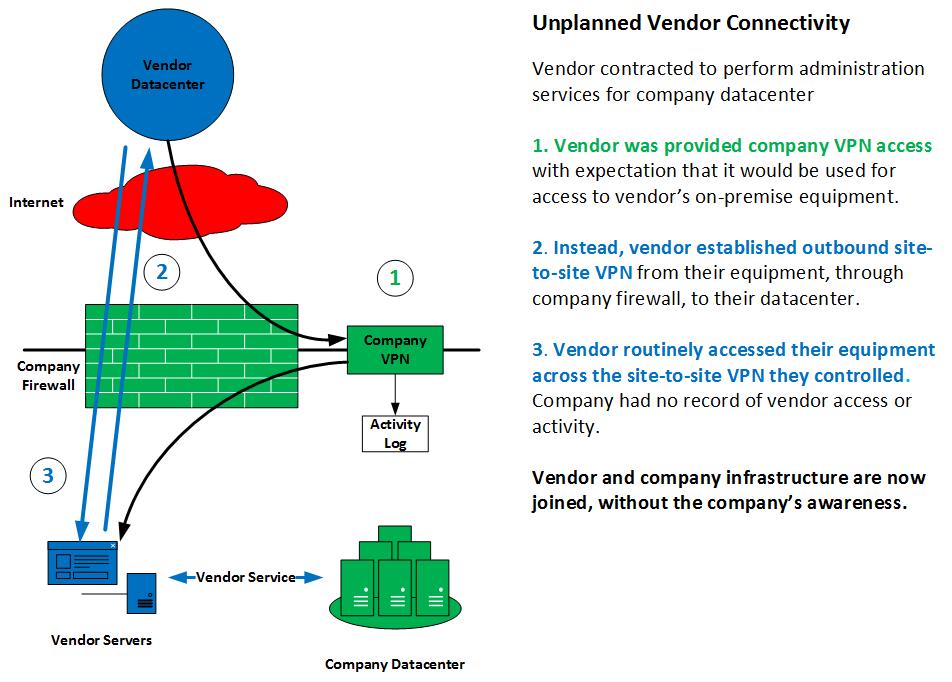 Finally: There was nothing intentionally malicious about the vendor’s actions in the example cited.  The vendor techs were just doing their job.

It’s your job to question theirs.