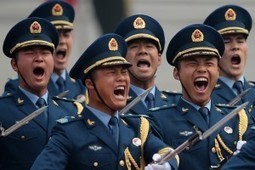 The Obama administration has for the first time publicly identified the Chinese regime as the source of a wide ranging campaign of cyberespionage.

MicroSolved’s own Bill Hagestad is quoted in this Chinese Cyber Espionage piece by the Epoch Times:

“The Office of the Secretary of Defense is getting it correct albeit not entirely historically correct from a Chinese view,” says William Hagestad II, author of ’21st Century Chinese Cyberwarfare’ and Chinese cyber security consultant, in an email.  “The People’s Republic of China will go the full measure of preventing foreign commercial and yes, military domination of the Chinese information domain in the 21st Century.”