So, that image below?  Think Facebook, Twitter, LinkedIn, Amazon, or any other of the many nexuses of information that populate the Internet. 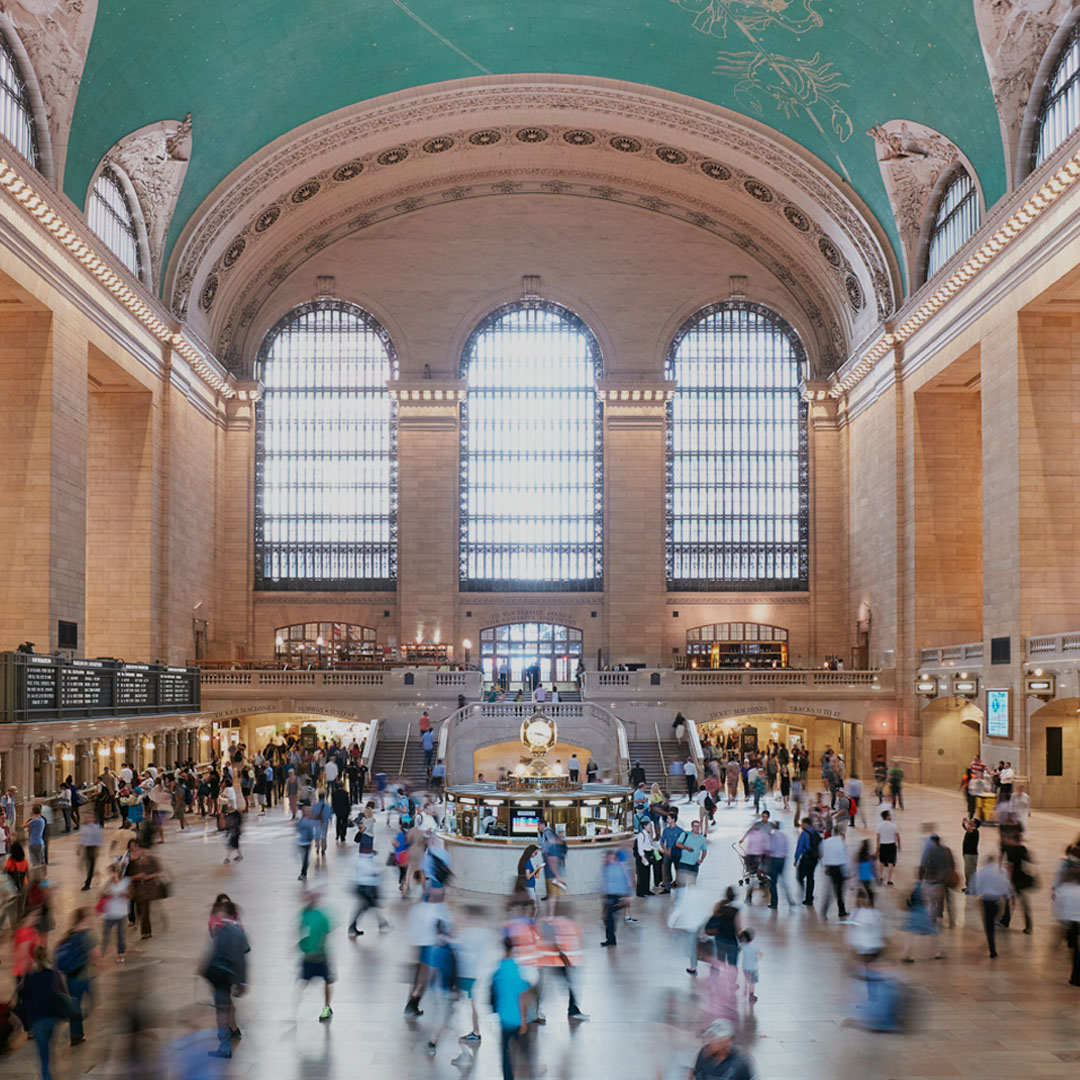 We all pass through some form of that digital “Grand Central Station” every day,  and – by design – we pay a toll. Sometimes a real financial one, but most often only the invisible one of lost privacy.

That’s a loss the owners of that central station know full well how to monetize.

Perhaps this is a better image for our collective role in their world. I’m the confused looking one in the foreground. 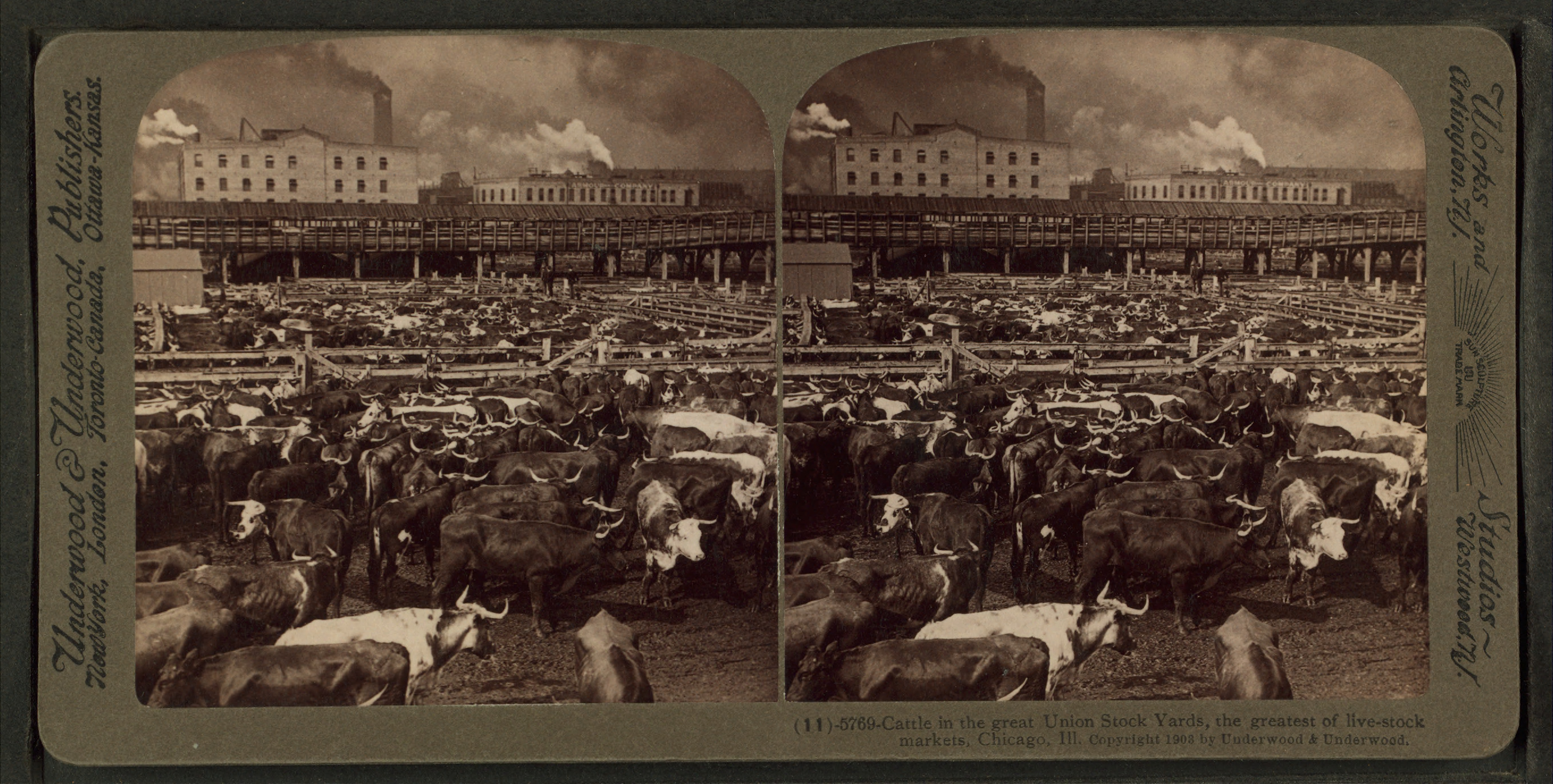 As I have pursued the topics of blockchain and Ethereum’s “smart contracts“,  I have increasingly been curious as to the philosophy behind them.

Are they part of some new 21st century digital “zeitgeist“?

Turns out they are  – and the word that defines the new “spirit of this age” is:

Blockchain  is something of the poster-child for this movement.  It is by design independent of any central authority or infrastructure.  It is the foundational technology behind cryptocurrencies like bitcoin and Ethereum’s “ether”, and as such gets the most press.

Blockchain turns out to to be just a technical manifestation of a much larger movement to free the “Web” (as distinct from the “Internet”) from the control of organizations whose goal is to steal and then sell your soul.

Some people to know:

The “Web” is largely agreed on to have been created in the form we know by one man: Tim Berners-Lee.  Working for CERN, he devised a method for researchers to share complex data using the Internet. In 1989 he released the resulting code as “open-source” for free use.

Quoting from a recent interview, he now believes that :”…the increasing centralization of the Web … has “ended up producing—with no deliberate action of the people who designed the platform—a large-scale emergent phenomenon which is anti-human.”

Berners-Lee has taken direct action in an attempt to return the Web back to its original decentralized quality by creating “Solid“,  a platform intended facilitate the creation of new decentralized applications that allow end users to directly control the usage of their information.  He described the project this last summer (2018) at the “Decentralized Web Summit“.

Decentralization of web applications is at the core of public blockchain efforts, and has its most energetic and authoritative spokesman in Vitalik Buterin, the creator of the “Ethereum” blockchain environment.  “Smart contracts“, a native feature of Ethereum, allow the creation of distributed applications (“dapps“) that are not only run in a decentralized fashion, but also create infrastructure that allows for the potential displacement (i.e. elimination ) of centralized business structures and the management jobs associated with them. Buterin discusses that here: https://www.youtube.com/watch?v=rI-8Cokl6rM.

So we have two men, one who invented the Web and the other who has created a viable environment for distributed applications running on the Web,  who are both advocating for – and actively working towards – moving it away from centralized control.

They are not alone in their efforts.   Here is a screenshot of Zeronet, a peer-to-peer based collection of applications that stand outside the traditional Web.  All the normal communication and social media tools are there – but all run on a decentralized “cloud’ of participating systems (possibly yours?). 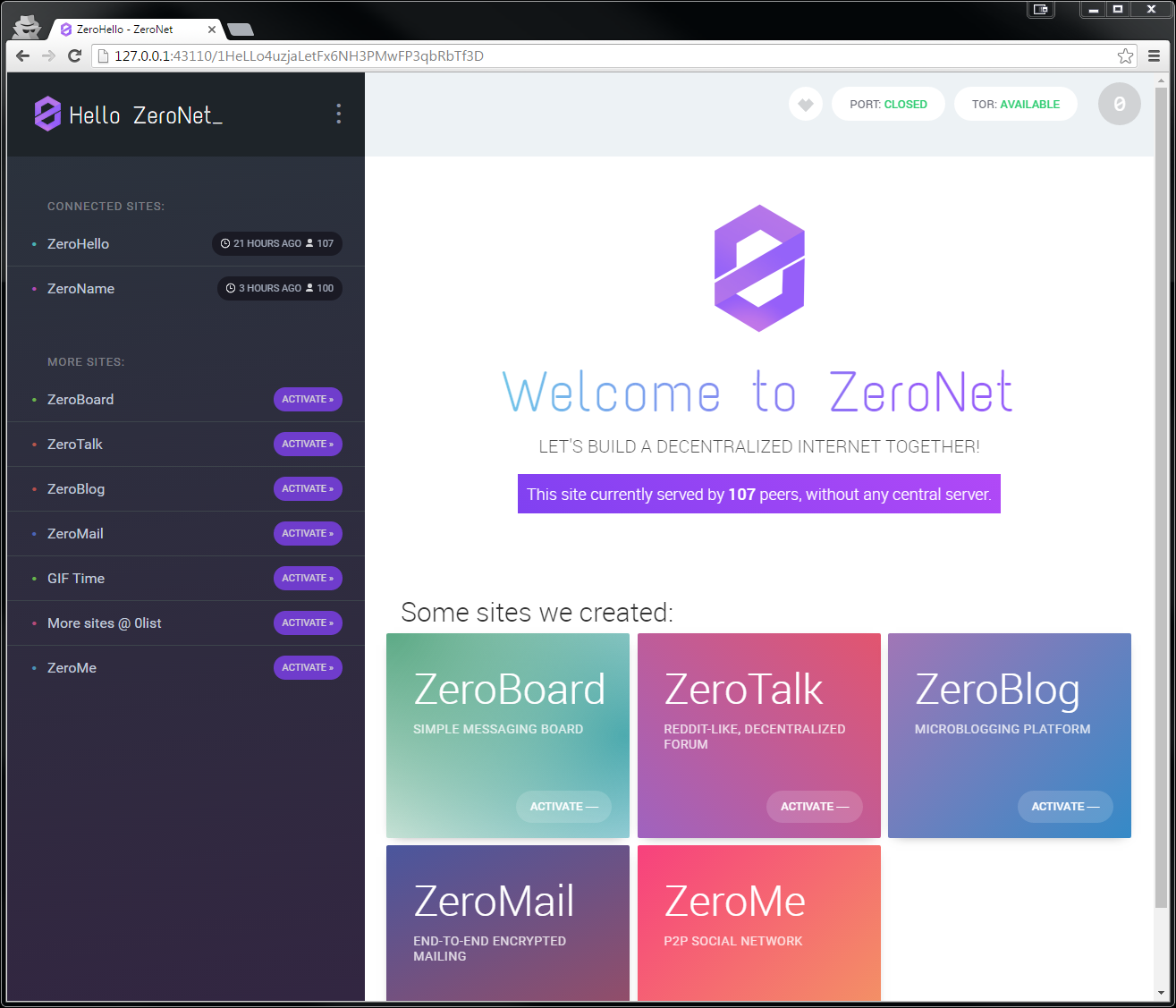 What my initial foray into the world of blockchain has now reveled to me is that there is a concerted effort by a number of technical luminaries to return a decentralized Web back to the people.

The question will be: Will the people want it?

Will enough people care about their personal information –  and about the larger effects to society of not caring – to make the move to new applications that initially only a subset (if that) of their friends and co-workers will be using?

Some of us undoubtedly will.

But my guess is most of us will be content to remain in the “walled gardens”  (read: “stockyards”) of Facebook, Twitter, Amazon, and all the rest.