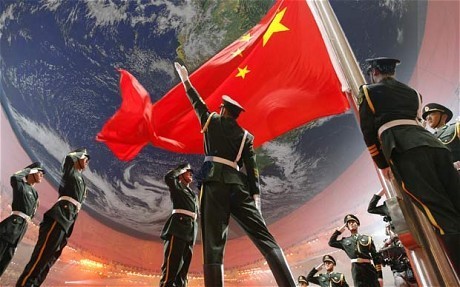 Although much of the current attention on China has focused on domestic and regional issues, recent days have offered a number of reminders that Beijing itself

中華人民共和國 – The People’s Republic of China is the Middle Kingdom…cyber war hyperbole aside – China has already succeeded in making friends and influencing countries worldwide…while the United States does it with business end of a direct fire weapon system…China bides her time and invests…Africa vs US AFRICOM…Arctic VS. US Northern Command & US European Command…Chinese National Oil Companies (NOC) in Iran & Iraq vs US C ENTCOM…Chinese State Owned Enterprises extracting Rare Earth Minerals (REM) from Afghanistan vs US CENTCOM….the US Dollar is already a worthless currency…soon the Ren Min Bi ( 人民幣) Chinese Yuan will be the dominate worldwide currency…

How are the Chinese achieving worldwide economic domination? Easy, too easy…

By using Chinese language written malware and adversarial hacking techniques which 99% of the Western World’s information security products are useless against…except MicroSolved’s HoneyPoint which captures two-byte binary based attackers before they can get through to an enterprise’s intellectual property or nation state’s secrets…know what the unknown adversary wants before they take it….contact me for a demo or trial….