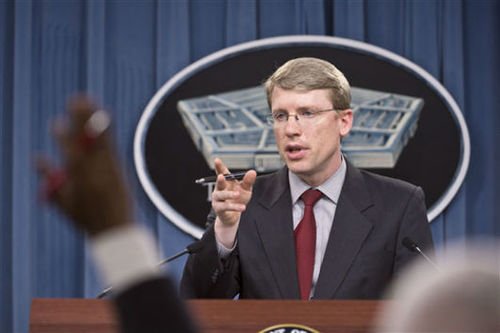 People often ask me what is the US Federal government doing about the reality of Chinese Cyber Espionage…heck when the President of the United States has ‘guru’s’ like David Helvey – we should all be very worried…take a look at this career bureaucrat’s LinkedIn profile…www.linkedin.com/pub/david-helvey/11/896/a2a… other than being an analyst and a career within the Pentagon – he has NO operational experience, NO foreign language…WTF!? Yes – Whiskey Tango Foxtrot!

No wonder the USN CNO says there are no issues with China’s Military while US OSD issues reports touting Washington is burning under the threat of Chinese cyber war preparations…is anyone paying attention to what is happening? Yes Helvey is a China Military "GURU" alright – perhaps self-appointed…

Helvey’s quote is priceless: "US Chinese (sic) mil-mil relations are as good as its been"… unbelievable – these are the experts the Pentagon listens to about the People’s Republic of China … and the PLA … wow…