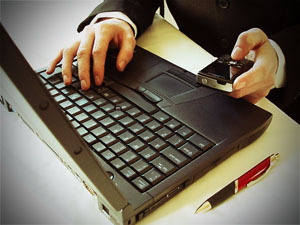 I recently tested a couple of Android network stumblers on a drive around the city and I found that not a lot has changed for consumer wireless networks since I last stumbled.

There are still a TON of unprotected networks, default SSIDs and WEP networks out there. It appears that WPA(x) and WPS have been slower to be adopted than I had expected. I don’t know if that is consumer apathy, ignorance or just a continued use of legacy hardware before the ease of push button WPS. Either way, it was quickly clear that we still have a long way to go to deprive criminals of consumer-based wireless network access.

The good news is that it appears from this non-comprehensive sample that the businesses in our area ARE taking WiFi security seriously. Most networks easily coordinated with a business were using modern security mechanisms, though we did not perform any penetration testing and can’t speak to their password policies or detection capabilities. But for the most part, their SSIDs made sense, they used effective crypto and in most cases were even paying attention to channel spread to maximize the reliability of the network. This is good news for most organizations and shows that much of the corporate awareness and focus on WiFi security by vendors seems to be working. It makes the business risk of these easy-to-deploy systems more acceptable.
I also noted that it was apparent on the consumer side that some folks deploying WiFi networks are paying attention. We saw SSIDs like “DontHackMe”, “DontLeechMeN3rds”,”Secured”, “StayOut”., etc. Sadly, we also saw plenty of SSIDs that were people’s names, addresses, children’s names and in one case “PasswordIsPassword1”. Clearly, some installers or consumers still haven’t seen the dangers of social engineering that some of these names can bring. So, while we have seen some improvement in SSID selection, there is still work to be done to educate folks that they need to pick non-identifiable information for broadcast.
That said, how can we better teach consumers about the basics of WiFi security? What additional things could we do as an industry to make their data safer at home?