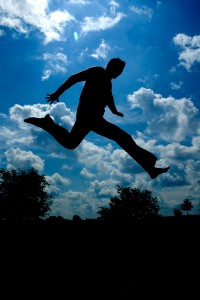 One of the government’s major initiatives is to promote the efficient use of information technology, including the federal use of cloud computing. So good, bad or indifferent, the government is now moving into the wild, world of cloud computing – despite the fact that it is a new way of doing business that still has many unaddressed problems with security and the general form that it is going to take.

At the Cloud Computing Summit in April 29 2009, it was announced that the government is going to use cloud for email, portals, remote hosting and other apps that will grow in complexity as they learn about security in the cloud. They are going to use a tiered approach to cloud computing.

All businesses, both large and small, are now investing resources in cloud computing. Here are seven problematic areas for which solutions need to be found:

Opportunities abound for those who desire to guide cloud computing. Those concerned with keeping cloud computing an open system drafted an Open Cloud Manifesto, asking that a straightforward conversation needs to occur in order to avoid potential pitfalls. Keep alert as the standards develop and contribute, if possible.

1 thought on “7 Security Areas of Concern With Cloud Computing”