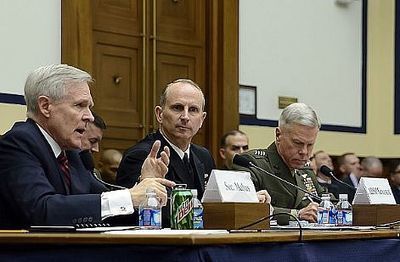 U.S. Navy leaders told lawmakers they are “vigilant,” but not necessarily “worried” about the Chinese military build-up in the Pacific.

Admiral – couldn’t agree with you more, now that the Marines have left Okinawa, China is claiming Okinawa is Chinese soverign territory…really?!

I wonder if the Chief of Naval Operation actually reads or prepares for his House briefings…perhaps those new cost effective LCS with Chinese made parts are more of a concern…perhaps it is fitting that you say “Send in the Marines!”