So, by now, you have likely heard about MicroSolved’s ClawBack™ data leakage detection engine. We launched it back in October of 2019, and it has been very successful among many of our clients that have in-house development teams. They are using it heavily to identify leaks of source code that could expose their intellectual property or cause a data breach at the application level.

While source code leaks remain a signficant concern, it is really only the beginning of how to take advantage of ClawBack. I’m going to discuss a few additional ways to get extreme return on investment with ClawBack’s capabilities, even if you don’t have in-house developers.

One of the most valuable solutions that you can create with ClawBack is to identify leaked credentials (user names and passwords). Hackers and cyber-criminals love to use stolen passwords for credential-stuffing attacks. ClawBack can give you a heads up when stolen credentials show up on the common pastebin sites or get leaked inadvertantly through a variety of common ways. Knowing about stolen credentials makes sense and gives you a chance to change them before they can be used against you.

We’ve also talked a lot about sensitive data contained in device configurations. Many potentially sensitive details are often in configuration files that end up getting posted in support forums, as parts of resumes or even in GITHub repositories. A variety of identifiable information is often found in these files and evidence suggests that attackers, hackers and cybercriminals have developed several techniques for exploiting them. Our data leak detection platform specializes in hunting down these leaks, which are often missed by most traditional data loss prevention/data leakage prevention (DLP)/data protection tools. With ClawBack watching for configurations exposures, you’ve got a great return on investment.

But, what about other types of data theft? Many clients have gotten clever with adding watermarks, unique identity theft controls, specific security measures and honing in on techniques to watch for leaked API keys (especially by customers and business partners). These techniques have had high payoffs in finding compromised data and other exposures, often in near real time. Clients use this information to declare security incidents, issue take down orders for data leaks and prevent social engineering attackers from making use of leaked data. It often becomes a key part of their intrusion detection and threat intelligence processes, and can be a key differentiator in being able to track down and avoid suspicious activity.

Leaked source code happens a lot more frequently than most of our clients care to admit. Often, many clients are surprised when they begin using ClawBack™ to hunt for and take down leaked source code, configuration data and credentials. Most customers tell us they expect not to find anything at all, and many times they are simply astounded when their initial monitoring reports find critical examples of leaked source code out in the wild.

At MSI, however, we’re not surprised when these things happen. After all, that’s why we built ClawBack to begin with. We were tired of working incident after incident and breach after breach that resulted from these leaks. We knew we had to create a better way for our clients to stay on top of leaked source code, configurations and credentials.

When we talk about leaked source code with clients, most are worried about the loss of intellectual property. That’s a fair risk assessment, and the impacts can be long standing. Take for example, the leak of RSA source code in 2011, that underlined their flagship SecureID product, and was perpetrated via an external hacking team. The SecureID token is used to add a layer of security into the login process for corporate networks and applications. This meant that the very heart of security in an organization that used these tokens was at risk. In the end, RSA had to replace all of the SecureID devices in circulation. The cost to RSA hit $66 million in terms of replacing the physical tokens. However, other intangible costs such as reputation have a longer and less quantifiable reach. (stop-source-code-theft.com)

But, while we know that intellectual property loss can be an issue, we’ve seen many breaches stem from leaked code. In fact, an estimated 75% of security breaches are enabled when developers code secret access keys and passwords into source code. (assembla.com) We’ve seen it time and time again, across verticals from manufacturing to healthcare and from banking and finance to critical infrastructure. Source code leaks are often a powerful tool of the attacker.

External hackers are certainly a significant threat to source code security, as seen in the RSA leak above. But hackers are responsible for a far smaller percentage of leaks than you would expect. Instead, the majority of source code leaks come from human mistakes.

According to Wikipedia, source code leaks are usually caused by misconfiguration of software like CVS or FTP which allow people to get source files through exploits, software bugs , or employees that have access to the sources or part of them revealing the code. (en.wikipedia.org) We agree with this stance, since the majority of leaks ClawBack finds for clients end up getting traced back to misconfigurations of IDE plugins or developers not checking carefully which code repository they are committing their code to.

Yet another common root cause of code leaks found by ClawBack has been developers sharing code they developed at different companies as a part of their resume and portfolio. While this is very common for freelancers, consultants and contractors, several significant leaks have also been traced back to the portfolios of full-time employees.

A good source code security awareness program and ongoing auditing of plugins, configurations and repositories are strong controls to reduce these risks. After all, as several firms have found out the hard way, even approved and well-known code repositories, that began as open source contributions or accepted projects for sharing with the public, can drift into leaking critical confidential data before you know it. That’s why keeping an eye on all repositories, even the ones fully approved to be public, is essential. If you need help with any of these controls, don’t worry, MicroSolved is here to help with any or all of them.

How Can ClawBack Help With Leaked Code?

ClawBack stands ever-vigilant, continually searching for and hunting down code that leaks from your organization. You configure monitoring terms, using MSI’s documented process, experience and guidance, and set ClawBack to work. Since it serves as an independent third party, it doesn’t rely on monitoring your network or workstations like traditional Data Leak Protection (DLP) products. In fact, almost all of our clients have extensive DLP instances, but still find leaked code. Traditional DLP often focuses on common PII/PHI data types, and even more concerning, the majority of the leaks our clients have found with ClawBack actually get traced back to origins outside of the company network and computing environment – a fact that renders traditional DLP powerless.

ClawBack monitors for your terms in the most common areas of the Internet where source code leaks occur. It searches thousands of code repositories, product support sites, question and answer forums and other nooks and crannies of the web where code samples and such are likely to end up. Once identified, ClawBack alerts you to the presence of your critical data and provides advice on “clawing back” that critical information with takedown requests and search engine cleanup.

Overall, ClawBack serves clients as a watchful eye for leaked source code. It can mean the difference between code being available for minutes versus years, and between a leak and a breach. If you’d like to learn more about ClawBack, give us a call today (614-351-1237) or drop us a line (info@microsolved.com). We’d love to tell you how ClawBack can work for you! 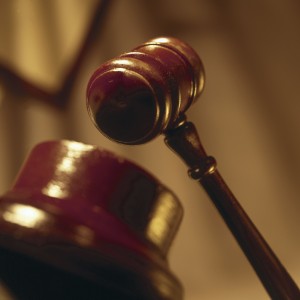