After the powerful launch of TigerTrax last week, we have put together a webinar for those folks looking to learn more about our TigerTrax™ services and offerings. If you want to hear more about social media code of conduct monitoring, passive analysis and assessments, investigation/forensics and threat intelligence enabled by the new platform, please RSVP.

Our webinar will cover why we built TigerTrax, what it does and how it can help you organization. We will discuss real life engagements using the TigerTrax platform across a variety of verticals and looking at social, technological and trust issues. From data mining threat actors to researching supply chain business partners and from helping pro-sports players defend themselves against accusations to monitoring social media content of key executives, the capabilities and examples are wide ranging and deeply compelling.

Register for the webinar by clicking here. Our team will get you registered and on the way to leveraging a new, exciting, powerful tool in understanding and managing reputational risk on a global scale.

The webinar will be held Wednesday, March 12, 2014 at 3 PM Eastern time. Please RSVP for an invitation. Spots are limited, so please RSVP early.

As always, thanks for reading. And, if you would prefer a private briefing or discussion about TigerTrax, give us a call at (614) 351-1237 x206 and we will get a specialist together with you to help identify how MSI can help your organization. 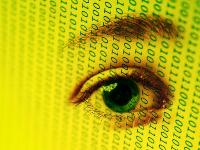 Rounding out this week of TigerTrax™ blog posts, I wanted to discuss a particular case where we used our investigative social media and forensics capabilities to defend a professional sports client who was being accused of some illicit behavior. The case is a fairly powerful example of how TigerTrax can be used for reputational defense.

In this incident, the player was approached online by a young lady. This young lady began following the player on many social media networks, and the player’s software automatically followed/friended back the young lady, just as it does for all of the player’s followers on the social media networks. Over the next few weeks, the young lady in question began several conversations with the player. They would begin innocent enough, but would then begin to be filled with innuendo and inappropriate overtones. The player responded to the conversations, but remained in line with expected conversations that you would want a player to have with fans. The player, at no time, responded to any of the innuendo or more sexual content.

Later, the young lady began to edit the player’s content, posting it to other social networks and bragging about it to her high school friends. Eventually, her parents were informed, and confronted the young lady. The young lady told a story to her parents ~ a story that involved the player initiating the contact and being the one who was pursuing inappropriate overtones. The parents, naturally enraged, contacted the team and the player to discuss the situation. MSI was retained by the team to investigate prior to the meeting and provided with a printed version of what the young lady asserted were the details of the conversation online.

MSI leveraged the power of TigerTrax to gather the social media content relevant to the engagement. We captured both sides of the conversations, and to our amazement, we discovered that the young lady had edited the content to fit her tale. Many of the posts in her printed version of the conversation were heavily edited. Most of the posts made by her were deleted from her version (and in some cases deleted by her from the social media sites, but cached in TigerTrax archives and the search engines). Recreating the entire timeline and assembling the real content was done by the MSI analysts, and in the end, the factual stream of data was presented to the team. Once the parents and the young lady were provided with the copies of the report at the meeting, the young lady admitted her fabrication and came clean with the whole story. The parents apologized and the team and player expressed their understanding and completed the incident with their reputations intact.

MSI was proud to be able to help a client defend their reputation. We believe these capabilities will be a powerful addition to many professional sports teams, talent agencies and corporations who are seeking to protect their reputational integrity and remain vigilant against online behaviors that could damage their brand. To learn more about TigerTrax and the services surrounding it, please contact your account executive or reach out to me via Twitter (@lbhuston). We look forward to working with you.

TigerTrax™ is MSI’s proprietary platform for gathering and analyzing data from the social media sphere and the overall web. This sophisticated platform, originally developed for threat intelligence purposes, provides the team with a unique capability to rapidly and effectively monitor the world’s data streams for potential points of interest.

The system is modular in nature, which allows MSI to create a number of “on demand” and managed services around the platform. Today the platform is in use in some of the following ways:

If your organization has a need to understand or monitor the social media sphere and deep web content around an issue, a reputational concern or a code of conduct, discuss how TigerTrax from MSI can help meet your needs with an account executive today.

At a glance call outs: