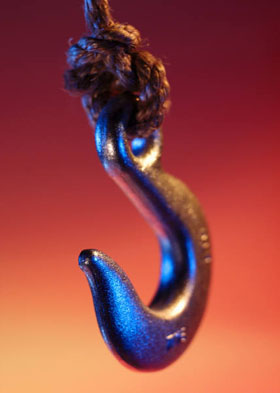 Recently, I found another new mutation of a PHP bot infector, with zero percent detection by anti-virus software. There was an anti-security tool code included, as well.

For those interested, you can view this link to see that the total number of anti-virus detections was 0.

However, when I decoded the PHP backdoor, I got 17 anti-virus hits on it. It seems they locked into the c99 backdoor code remnants, which is a pretty old backdoor PHP trojan. This leads to the question about evasion techniques and how effective anti-virus applications are at doing code de-obfuscation. For example, if you want a currently effective AV evasion technique in PHP, it comes down to this simple line of code: (gzinflate(str_rot13(base64_decode($code)))); – There’s the cash money key in terms of evading most, if not all, current anti-virus tools.

However, if you have a process that runs grep against your files  looking for base64_decode and alerts you to new ones, you’ll get visibility to it and many, many others like it. Base64 encoding is still quite a popular call in PHP attack and compromise tools.

Here are some examples of this specific trivial control — here, and here. Now you have a real life example of how it pays off. So simple, yet so effective at detecting these slippery backdoors.

Finding specific nuance controls that pay off against specific threats to your assets is a key way to better security. It’s a win, all around! 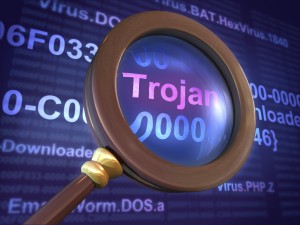 Over the past week some researchers have published new methods and tools for embedded device hacking and ways to improve blind SQL injection. It will be interesting to see the scope of where embedded device hacking goes, as more devices are getting additional capabilities, that may be coming in exchange for security. Also, the NIST says the feds are keeping up on their own penetration testing and will release new guidelines in March required third party testing for federally controlled facilities.

A new version of Nipper has been released. This handy tool performs configuration auditing for various network devices and can make limited security recommendations. When was the last time you went through your firewall rules? This should be happening at some regular occurrence, however dull it may be.

Another worm, Nugache, has recently been covered in an article by Bruce Schneier, where he talks about some interesting stuff. No direct C&C server, encrypted packets all around, and the ability for any node to become the “leader”. Bot development is becoming more sophisticated, and funded. Expect to see some serious Trojans in the coming future.

1) SANS is getting reports that the Storm worm is active again. This time sending messages attempting to draw victims to the “merry christmasdude.com” <take out the space> domain. As of 10:30 PM Eastern tonight, the domain is being flooded with traffic, but appears to be functional. SANS is suggesting applying domain blocks to the domain, and it would probably be good to add mail and other content filtering rules as well, if you are still using the blacklist approach. Here is the whois for the domain:

2) Also, on a secondary note, we are getting a rapid increase in probes to TCP 56893. This port has been a known port for an SSH trojan and botnet deployment in the past. This may be related to the Storm worm activity or may be another bot group gearing up for activity.

It looks like the holiday is likely to bring a high level of increase in bot activity and as always, attackers will be looking for new machines received as gifts that will suddenly appear online and may be missing a patch or two. Make sure you give some advice to new techies and computer owners this holiday – patch early, patch often and make sure you build layers of defense against today’s emerging threats!

I have been following a number of attacker trends and I see a potential point of convergence just over the horizon.

Most especially, I think that an intersection is likely to occur between bot development/virtual machines/rootkits and man-in-the-browser. My guess is that a hybrid juggernaut of these technologies is likely to emerge as an eventual all-in-one attack platform.

The use of these technologies alone are already present in many attack platforms. There are already a ton of examples of bot/rootkit integration. We know that man-in-the-browser has already been combined with rootkit technologies to make it more insidious and more powerful. If we add things like installation of illicit virtual machines, evil hypervisors and other emerging threats to the mix, the outcome is a pretty interesting crime/cyber-war tool.

If all of these problems would come together and get united into a super tool, many organizations would quickly learn that their existing defenses and detection mechanisms are not up to the challenge. Rootkit detection, egress traffic analysis, honeypot deployments and a high level of awareness are just beginning to be adopted in many organizations whose infosec teams lack the budgets, maturity and technical skills needed to get beyond the reactive patch/scan/patch cycle.

Vendors are already picking up on these new hybrid threats, much like they did with worms – by offering their products wrapped with new marketing buzzwords and hype. We have heard everything from IPS to NAC and hardened browsers (that mysteriously resemble Lynx) to special network crypto widgets that provide mysterious checksums of web transactions with other users of the special widgets… I don’t think any of these thigs are going to really solve the problems that are coming, though some might be interesting as point solutions or defense in depth components. My guess is that more than a few of the currently hyped vendor solutions are likely to be practically useless in the near future.

The real problem is this – security team maturity needs to be quickly addressed. Attackers are nearing another evolutionary leap in their capabilities (just as worms were a leap, bots were a leap, etc…) and we are still having issues dealing with the current levels of threats. It is becoming increasingly clear that we need to have infosec folks start to think differently about the problems, learn more about their adversaries and embrace a new pragmatic approach to defending data, systems and networks.